"This is how we stand in relation to emotions, which binds us or frees"
Jack Kornfield.
Swadhishtana and Muladhara

– Meaning : Your own house 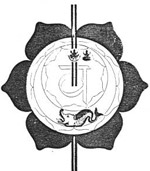 This chakra is located just under the navel, it is the center of sexual energy.
It is the source of  etheric’s body vitality and governs sexuality and procreation as well as the connection between love and hate.
Transcending this chakra is ignoring all we love and hate and being able to consider all things like being part of a whole .
Its connection with sexuality got it a reputation to be the center of food attaction, drink and material comfort. Those who’s energy is concentrated in this chakra will be attracted by sensual pleasures and experiences. 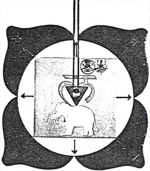 This chakra is located at the base of the spine, it is the seat of Kundalini.
Physical survival is the main concern of those who’s energy is concentrated in the root chakra.
Fear of being physicly or psychologicly dammaged can overflow their thoughts or they might tend to hurt other people.
If this chakra is in lack of energy, it might become apathetic, with a lack of will, of selfconfidence, might feel in danger, axious or worried.

– Balanced energy : Physical vitality, feeling of well-being, to be settled down, centered, have self-control and being sexualy loving.
– Excessive energy : Agressiveness, dominant, selfish, sexualy inhibited.
– Deficient energy : Unconfident, depression, lack of will, less interest in sexualiy, weakening of the feeling of being settled down.
– Physical disorder : Spine and legs disorders, testicle disorder,  hemorroids.

The endocrinal glands are the pituitary, the epiphysis, the thyroid and parathyroids, the thymus, islets of Langerhans in pancreas, adrenal, testicles and ovaries.

The endocrinal system secretes chemical substances called hormone which are taken through the body by the blood vessels allowing to regulate organs and cells’ actions.

Hormones rect to stress, help the body to fight infections and are essentials to the reproduction mechanism. A dysfunctional endocrinal system would be the cause of illness due to a fonctional loss of balance such as diabetes, hyperthyroidy, hypothyroidy, infertility as well as all desease due to a lack or excessive hormones.

Once the hormonal system’s balance is broken it is very hard to restore.

Besides, even though most of us are not suffering from an endocrinal system disorder, our hormonal balance is probably not at its best because of constant stress environment and not being able to relax.

Location : In the brain, at the back right side of the diencephalon.

Epiphysis calcifies during childhood and becomes visible on x-rays at 2 years old. This calification process does not change its functions.

Location : In the brain in the sella turcica of the sphénoid bone.

Fonction : It coordinates the others gland’s action and secrete the hormones responsibles of growth, urine production and reproduction cells.

Location : In front of the larynx and trachea higher part.

Hyposecretion : Weekness that can leed to lethargy, gain of weight, feelnig of cold, slight depression, nanism.

Location : At the 4 poles of the thyroid .

Fonction : Provide bones’, nerves’ and muscles’ as well as the organism’s calcium and phorsphorus level balance in .

Location : By the heart, in the lung hollow in front of the pericardium.

Fonction : It is essential to our immune system and growth functions .

Location : In the pancreas.

Islets of Langerhans controls the insulin and glycogen secretion which control glucose’s level in blood.

Location : Just above the kidneys .

Adrenal medulla produces the amount of adrenaline needed to our imune system’s stimulation.

The loss of hormones’ balance can express itself for women by unfertility and irregular and painful periods.